In 1996, Pavol Mačinga started as Project and Business Manager at the Slovak daily SME. Previously worked in the weekly magazine Trend.

In 1998, he joined VACULIK ADVERTISING on the post of Media Manager, since 2000 he was the media director and participated in advertising campaigns for brands Dr. Oetker, Eliot, Elite Model Look, EuroTel, Kenvelo, Panasonic, Tatra banka, UPC, and many more.

His innovative approach to the media contributed to winning several prestigious awards at the international advertising festival in Cannes (shortlisted in the categories “Best Use of Newspaper” and “Best Media Mix” for campaign for the first Slovak Internet bank Eliot). He also contributed to winning nominations at the European Advertising Festival Golden Drum in the category Campaign, where he was the co-author of an interactive/playing bus stop shelter/CLV (for Radio B1), and in the category Press for the use of innovative media formats in a daily for the client Tatra Banka.

In 2003, Pavol Mačinga became Media Manager at ČSOB bank, where he sheltered media planning and buying for the ČSOB group first in Slovakia and since 2004 in the Czech Republic. At the Czech FLE media awards (FLEMA), he won the first place in the category Best Use of Printed Press for the campaign “Newspaper for One Crown” for ČSOB.

After twenty years of experience in the field, he adds to his list of activities a non- commercial one from the 2013. He begins to write a blog called “Blogger Macinga” with the subheading „Authors’ opinions in the area of planning and purchasing media from the client‘s, media‘s and media agencies’ point of view. 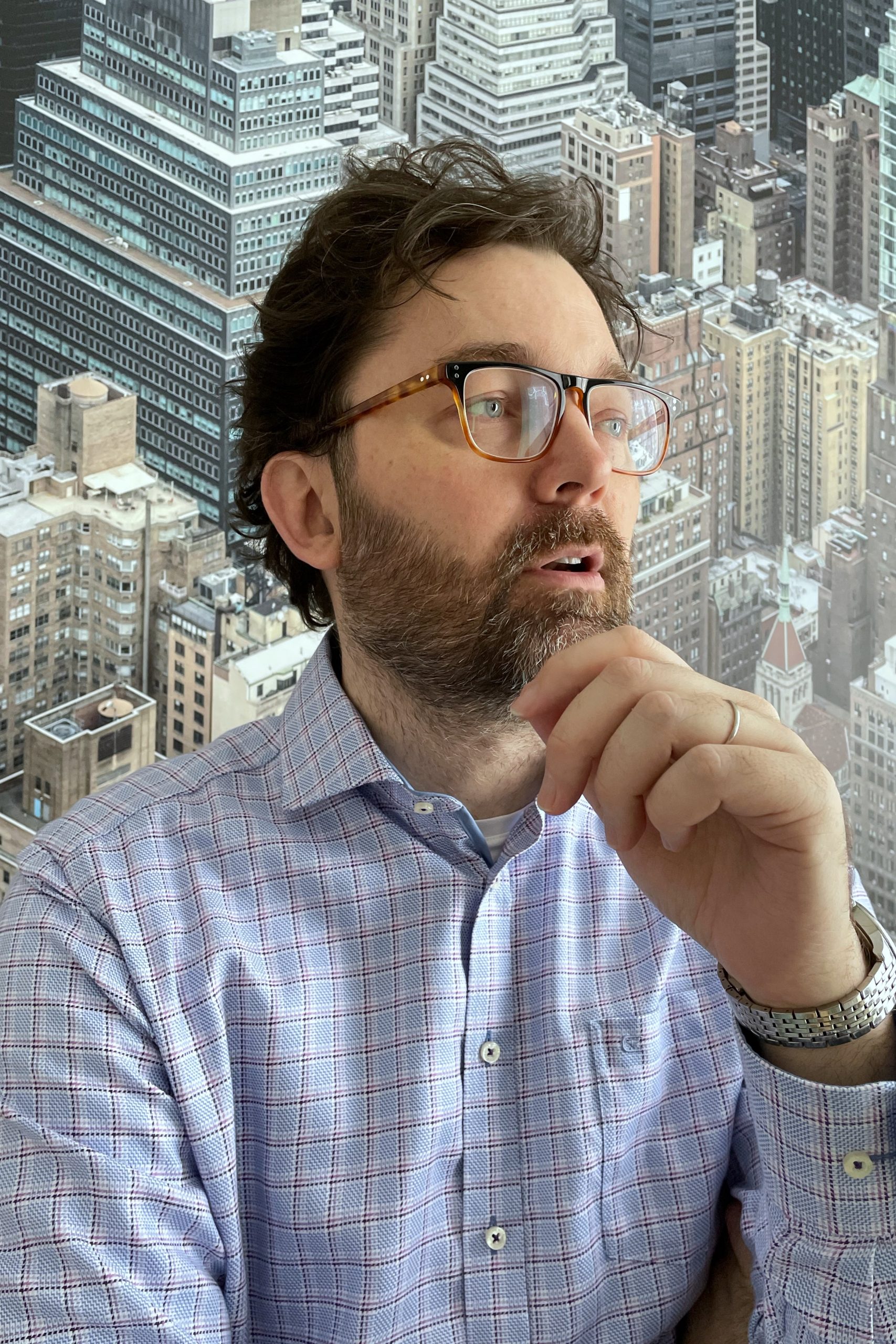 “Pavol has repeatedly shown me that media planning and buying is an art backed by figures. He is not just a performer of an order following its approval. Pavol is a media guy, who is a part of the whole creative concept. For ten years, I worked with him as a business partner and cooperated with him as a colleague. Pavol is the only person I have met in this sphere who could be a pragmatic mathematician with GRPs and at the same time an extremely creative person, able to use the media in a way other than the classical one (30”TV spot + full print page). The awarded campaigns, in which he participated, clearly demonstrate it.”

“Pavol was demanding client that has done what he could to drive the best value out of the media budget. He was uncompromising, had great passion for effective ideas and very little tolerance for mistakes or nonsense. He was fair and tough. Knowing the business from agency as well as client perspective allowed Pavol to bring the standards up on both sides.”

“Pavol is a best expert on media planning and buying I have ever met. Thanks to his great sense of detail he can discover things that you would never think about and will always perfectly help you to optimize your marketing costs in future. On top of it, he is a very proactive and curious person which allows him to go beyond his media focus closer to other marketing stuff such as brand, creativity, internet etc. In general, Pavol fulfills without any dispute the highest standard of reliability and professionalism.”

“Pavol is a highly experienced expert on media buying who can bring you more than just recommendation based on “numbers in the excel sheets”. He is one of the few who are able to think about the content and the real impact of a campaign and thus give you an added value.”

“Betting company Fortuna sazkova kancelar, a.s., began cooperation with Pavol Mačinga in early 2011 at the time oflaunching a crucial project – Fortuna lotteries. The process included construction of basic infrastructure of the project andnetwork of suppliers, as well as staff recruitment. Pavol Mačinga participated in preparation and evaluation of the mediaagency pitch process for Fortuna, as well as negotiations with key media partners (i.e. CET 21). His role in planningeffective media campaigns was very important, too. Pavol Mačinga is a professional with great insight, contacts, andexpertise in media communication and audit. For all these reasons, I highly recommend his services.”

“This is my personal recommendation for Pavol. Until just recently, I have been Pavol’s immediate supervisor for a year. Ifound him to be consistently hard working with great results. I hired Pavol as Media Manager for Ceska sporitelna for one-year contract. Thanks to his great sense of detail he can discover things that you would never think about. Pavol had great passion for effective ideas and very little tolerance for mistakes or nonsense. He is a highly experienced expert on media planning & buying who can bring you more than just recommendation based on numbers. He is a part of the whole creative concept. This, together with his personal attention to business issues has made him a great help in providing the services we need it. On top of it, he is a very proactive person. I highly recommend Pavol as independent Media Manager. He is a great expert in his field.”

“I worked with Pavol Mačinga in connection with the commitments closure in Czechia and Slovakia in the end of the year 2013. Everything worked out well – for us. I value Pavol’s expert knowledge and experience even from the client’s side. Thanks to him our cooperation was very smooth and effective. I probably will not be the first or last person who will appreciate Pavol’s attention to the detail. The huge plus is that Pavol, on the basis of awareness of these details, is able to keep finding win-win solutions.”

“Pavol is an truly professional. His consultancy helps Postova banka a lot with the whole scope and process of media tender. Analytics, preparation, briefs, contracts, evaluations, new possibilities. Really exceptional work I can recommend to everyone.”

Head of Monitoring and Communication Unit of the OP R & DI, Ministry of Education, Youth and Sports, Czech Republic

“Pavol Mačinga has an extraordinary combination of creativity and mathematical diligence in buying and planning the media space. He participated in the definition of the media campaign of OP VaVpl 2014-2015. Thanks to his professional qualities, proactive approach, broader focus and focus on details, he will also be involved in supervising this campaign. “

Let us try to discuss the options of cooperation.

Let us try to discuss the options of cooperation.